Reema Borah’s Bokul is a multi-layered narrative having at its centre – an old fisherman, a young rickshaw-puller and a single mother – all of them named Bokul, an aromatic flower. The three narratives pivot around Raktim, the protagonist of the film, who comes back to his homeland after a few years in Mumbai. Raktim is a metaphor of the ignorant and passive onlooker who is unable to comprehend the changes in his homeland that are affected by illegal migration, insurgent uprising, among others whereas Bokul is a metaphor for those who are ignored in the bigger picture at play.

The three characters with their own miserable histories represent the alternate implications of the socio-political developments that have happened to rock the state in the recent past. Bokul – the rickshaw puller – depicts the legal lower-class Muslim residents of Assam tortured as illegal migrants as a result of the mass xenophobia induced by the Assam Agitation. Bokul – the old fisherman – is the Assamese who lost their Assamese identity following an armed struggle for the same and now tries to find it in every failed movement thereafter. Bokul – the single mother – stands for every outcast of the stubborn and conservative Assamese society which is modern only in the material sense.

The film is a delicate and disturbing image of Assam which leaves a dent into the viewer’s conscience as it reminds the viewer that it is the viewer who is “Raktim”, the silent witness, who has not “relished in the aroma of Bokul for long.

Statistic View all posts by arunabhdkonwar 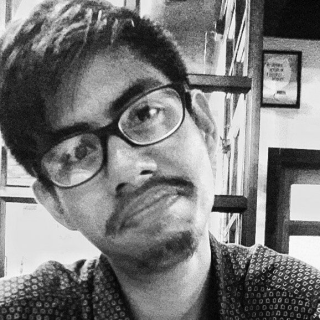 On the Social Platforms!

Introvert With A Pen
The dark ink

Be the creator of your destiny

spreading smiles is only way to attract happiness

The journey of a thousand miles, begins with a single step...x

Because we all are...

A pocket full of stories for a penny of your time

I write in the laundromat

Randoms by a Random

Blogging away with random thoughts in form of poetry, stories and more...

You're as much of the poem as you're the poet.